If you were fortunate enough to hear about "The Young Ones," then you might have found yourself in New England during the late 1990's through the early 2000's.

"The Young Ones" began their humble beginnings as a duo featuring Johnny Carlevale & Screamin' Scotty around 1998. The duo had yet to establish a catchy band name nor any significant notierity, but didn't go unnoticed. Before too long the duo expanded to include a full-time rhythm section.

The new outfit assumed the monkier "The Young Ones," which was brain child of drummer Sean Faling. Paying homage to UK Rocker Cliff Richards backing band.

As bookings increased, the band made arrangements to hit the studio & capture their sound for the first time. During a day & a half session, the band blazed through a series of fan favorites at the famed "TrackFarm Studios" in Portland, ME. The output of this session was never mixed or official released & ownership of the original real has been the source of much contention.

In 2003 the band made it's first line-up change when Screamin' Scotty left the band & headed West. In the wake of this sudden change, Johnny "The Colonel" Maguire of the famed "Amazing Crowns" assumed the lead guitar role.

The Young Ones continued for a series of gigs in this updated line-up before calling it quits.

Here's what Scotty had to say about "The Young Ones":

"The Young Ones was a lot of fun & a great experience. This band paved the way for everything that we've all done later & I'm grateful to have been part of it all."

" Johnny & I were a song-writting factory. We wrote so many great songs during this time. I typically would assemble the music & Johnny wrote the lyrics."

"Several of the songs that began my solo career, got their start as demos I had assembled for "The Young Ones". Namely, "Jenny Jean"!" 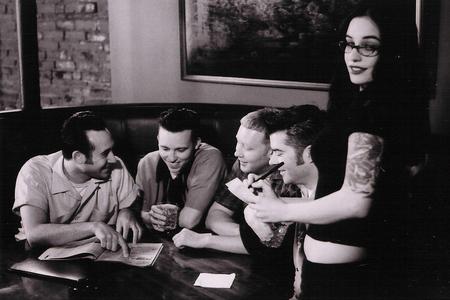 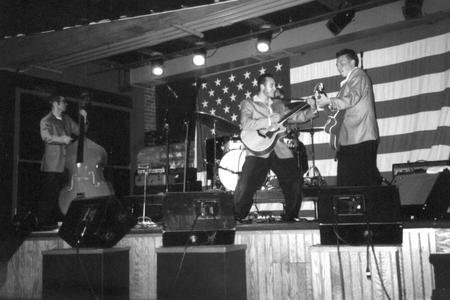