Based originally in the Ocean State, New England served as both Scotty's home & inspiration for the formation of this budding Rockabilly musician.

Taking nod from area artists such as The Racketeers, The Raging Teens, & many others, Scotty set out to produce frantic Rockabilly stompers of his own. Culling energy & fervor that Rockabilly Legends Gene Maltais, Ricky Coyne, & other Event Records artists captured in the mid to late 1950's, Scotty soon became a force to be reckoned with.

​
Featuring seven of Scotty's finest work to date, this album is rare, out of print, & currently unavailable anywhere.

Pick one up today! 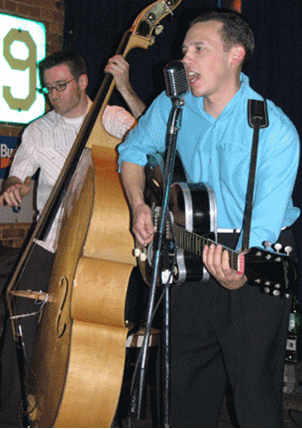